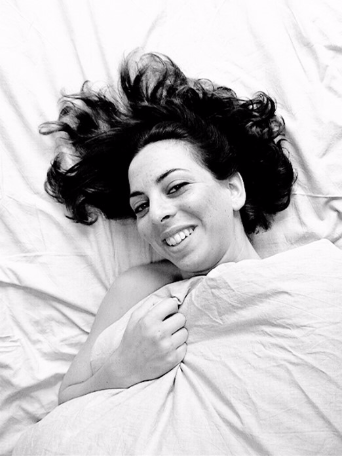 Efrat grew up in Tel Aviv, lives and works since 2004 in Berlin.

1992-1995 she studied in Telma Yelin and in 2001 she finished her studies in Theatre Directing in the Tel Aviv University with excellence.

1996-2000 she danced in Ensamble Bat Sheva and the Barak Marshall dance company, and worked with different choreographer in Israel.

In 2002 she joined the Tanzkompanie Oldenburg and MS Schrittmacher with the choreographer Martin Stiefermann in Oldenburg Theatre and in Berlin.

She works with Martin Stiefermann since 2002 untill today as a dancer and as an artistic co-director. She took part on different projects among others; Das Lewskow-Manuskript, Ein Sportstück, Begeben Sie sich,  Anatomie einer Nachricht, Gold und Alice in Wunderland.

Since 2004 Efrat works as a Choreographer, a dancer, a Dramaturg and
a teacher in Berlin.

2006 she founded her own company cie Efrat Stempler with the premier
of her piece Shu Shu in DOCK11 in Berlin. Since 2006, the company presented 4 other pieces: Shu Shu Werk, 1,2,3 Sauerfisch Reloaded, Fesgefahren and ONA and toured to various international Festivals,
among others; M1 fringe Festival in Singapore, Man.in.Fest theatre festival
in Romania and Infant Festival in Serbia.

Since 2008 Efrat works also as a choreographer for theatre plays in Geramny, Poland and in Switzerland in cooperation with the theatre directors Wojtek Klemm and Mark Zurmühle on various works, i,e; Brotladen (Brecht), Penthesilea (Kleist) Zement (Müller) und Faust 1+2 (Goethe). 2009 she founded with Martin Stiefermann the label Less Mess, which concentrates on interactive and installative work. In 2015 she initiated and curated the festival The smart, the wicked, the simple and the one who doesn’t know how to ask which brought German, Israeli and Polish artists together. She also co-initiated and co-curated the festival POST in  November 2015 in DOCK11. During 2014 and 2015 she worked with young adults on various projects in Junge DT in Berlin.